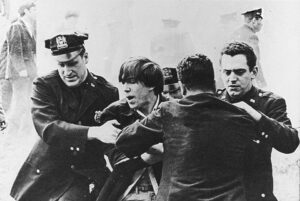 A Storm Foretold: Columbia University and Morningside Heights, 1968 offers an eyewitness account of the famous confrontation between Columbia and its surrounding community, one of the pivotal civil rights battles that characterized the sixties.
Focused from the point of view of urban planning, author and urban historian Christiane Crasemann Collins provides firsthand insight into a preeminent institution’s racially motivated tactics.
With extensive research, architectural maps, and photos of the protests, A Storm Foretold shows how the university pursued the goal of creating an exclusive white acropolis on the Hudson, justified as a “need for expansion.” Beginning with a plan to acquire properties on Morningside Heights, and then to empty them of “undesirable” tenants, a planned cordon sanitaire was intended to blockade the campus against the presumed alien territory of the surrounding neighborhoods, including areas in West Harlem and Morningside Park. In 1968, ignoring growing community opposition,
Columbia began construction of a gymnasium next to an athletic field the university had shared with the community since the 1950s at the southern end of the scenic park. 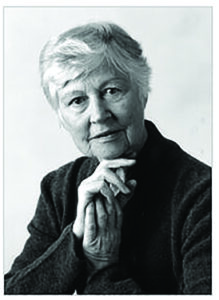 Collins’ story might be titled, “Morningside Park: A Civil Rights Battle Ground” as grassroots opposition by the multi-racial community grew vigorous. Long angered by an intentionally decimating housing policy, and using “Gym Crow” as the symbol of Columbia’s racist policy, community residents, students, and African-American organizations united to call for an end to the gymnasium’s “invasion” of public open space.
A Storm Foretold brings alive the institutional insensitivity and arrogance that ignited the civil rights movement in Morningside Heights, and the issues Collins presents are as relevant today as they were in the sixties. 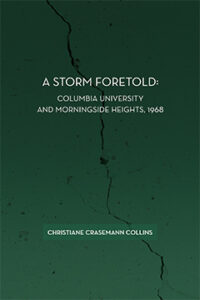