TO TELL THE TRUTH 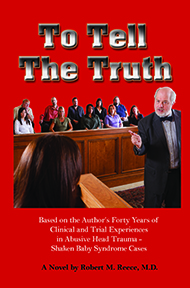 An infant’s death with evidence as high as the sky should be a slam-dunk. But what happens when the savviest defense attorney in town assists his idealistic public defender daughter? Timely in its examination of how belief in science can be manipulated, To Tell the Truth will have you questioning your own deliberations if sitting in the juror’s box. A haunting expose of the clash between law and medicine, as written by a pediatrician with over 40 years’ clinical and trial experience with shaken baby syndrome. 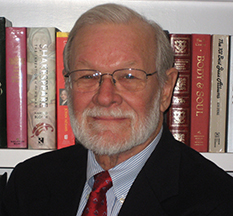 Robert M. Reece, MD, was Clinical Professor of Pediatrics at Tufts University School of Medicine (now retired). Additionally, he served as the Director of the Child Protection Team at Tufts Medical Center and as Consultant to Child Protection Teams at the Massachusetts General Children’s Hospital, University of Massachusetts Medical Center, and the Children’s Hospital at Dartmouth.
Reece edited nine pediatric textbooks: three editions of Child Abuse: Medical Diagnosis and Management, and two editions of Treatment of Child Abuse: Common Ground for Mental Health, Medical and Legal Practitioners. Reece co-edited Inflicted Childhood Neurotrauma published by the American Academy of Pediatrics. He has published 48 peer-reviewed medical articles and contributed 27 book chapters. Reece edited The Quarterly Update, a review journal, since 1993.
He has been honored by numerous professional organizations for his contributions to the field of child abuse diagnosis and treatment. Frequently called as an expert witness, Reece has consulted and testified in countless cases of abusive head trauma and has lectured extensively nationally and internationally on the subject. 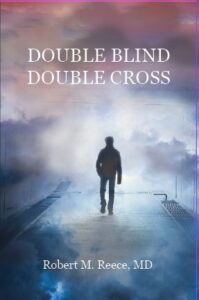 When trauma surgeon Dr.Tom Barrett returns from military duty in the Middle East War he is stricken with flashbacks, terrifying nightmares and tremors. He learns his old friend and surgical colleague Akira Yamaguchi is conducting a clinical trial of a potential breakthrough drug that could erase bad memories in post-traumatic stress disorder (PTSD) victims.

Unable to function and desperate to get better, Tom enters Yamaguchi’s clinical trial. He quickly learns that some patients have improved markedly on the drug, inspiring hope that it could be the next big thing in mental health.

But something is going wrong. Patients’ symptoms﷯ are returning in full force. Akira Yamaguchi turns to Tom to enlist his help in determining the reasons for the drug’s sudden failure. Tom and a fellow patient immerse themselves in a dangerous, high stakes investigation to reveal the shocking answer for the failure of the drug.