“A perfect blend of romance, humor and intrigue! Any reader will fall in love with these characters as they struggle in their quest for freedom. I loved it!”
Linda Miranda, author of The Perfect Blend and The Seasoned Butcher’s Wife Cookbook 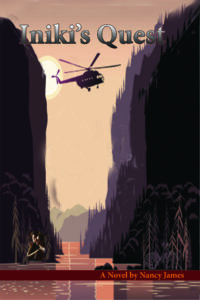 Iniki Beaumont has run out of time! The authorities that rule her tropical island are scouting everywhere to capture her. For years they have forced the other island landowners off their farms so that the workers no longer have jobs and many have been forced to flee. Conditions are so bad that the United Nations has sanctioned the island’s ruler, President Simone, for human rights violations, and the Americans want to stop him too.

But President Simone isn’t about to lose, and he’s out patience with Iniki, the woman seen by the islanders as a figurehead of hope for her people. She’s undermined Simone’s efforts to drive the people from their land. By helping poor farmers form small businesses on Iniki’s land and sell their produce, she’s slowed Simone’s plans and has been a constant annoyance to him. Even worse, as Simone sees it, she’s established schools for children and even supported a fledgling rebel cell.
As the island’s last remaining estate owner, Simone sees Iniki as the final detour on his route to success. He wants Iniki’s land and he wants Iniki dead. The mercenary he hires, a man with a reputation for handling nasty jobs, is known to all as The Man in Black. His job is to make Iniki disappear, and as Iniki peers from behind her curtain, there he is coming up the road.

To spearhead an effort by the United Nations to save Iniki, American deep cover agent Riley Taggart has been sent to rescue her. The plan is to have her testify at a UN hearing about Simone’s ruthlessness.
Agent Riley expects Iniki to be a damsel in distress. Instead he encounters a feisty, young woman who is more than willing to fight to her death.

Iniki meets Riley and she knows he is her last chance. But, can she trust him?
Riley doesn’t expect that with Simone’s forces in pursuit, rescuing Iniki will be easy. Especially since Iniki has a lot of demands, and handling her is way more than he bargained for.

Falling in love with her is an unexpected bonus! 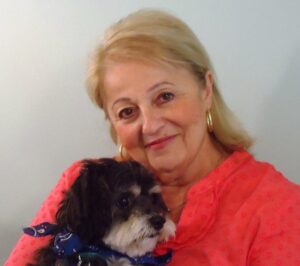 Nancy James has worn different hats in her professional career. An elementary and middle school teacher, she has an intrinsic knowledge of children. After retirement, she worked as a editorial assistant at a local newspaper. Her love of writing started there. She is a past president of the Rhode Island Romance Writers and is presently a member of Mystery Writers of America. She resides in Wakefield, Rhode Island with her husband, Michael.