Reckless at the Border 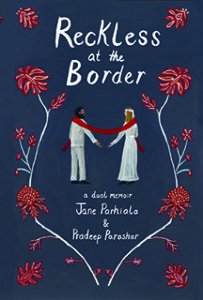 After thirty-four years of no contact, a divorced couple from two different cultures come together to tell their story of travel, traditions, dreams and deceptions.

Disillusioned with his country’s culture, Pradeep left India in 1970 to fulfill his dream of owning a travel agency.  Eventually, he made it to Denver, Colorado and opened World Ways Travel Co.

In 1968, Jane, an American, uninspired with her future as a nurse, hopped on a cruise ship for Sweden to reorganize her life and find balance in the spinning world of the sixties.

They met in San Francisco, California. It was 1978. Jane’s carefree spirit attracted Pradeep.  Pradeep’s exotic past and the fact he owned a travel agency piqued Jane’s interest.  Both hungered for adventure.

After three months of “courting” ignoring cultural differences, they married.  However, right before their honeymoon a series of events took place: a robbery and a fire at Pradeep’s agency, a suitcase full of cash and a quick exit on a flight to London.

On their return at customs in Honolulu, the police were waiting.  Pradeep was arrested and led away.  Jane watched in disbelief.

Reckless at the Border  explores the relationship between a man from the East and a woman from the West.  Pradeep wanted an obedient wife and Jane wanted romance and her independence.

Theirs is a story filled with the enigma of a culturally diversed relationship that spanned two very different worlds. 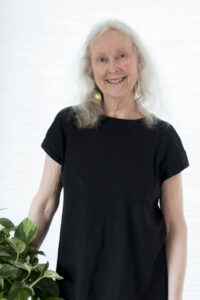 Jane Parhiala has been a Special Education Teacher, a Massage Therapist and owner of an alternative health center. Since her retirement in 2012, she has devoted her time to writing and weaving. Her wearings have been exhibited in many local art galleries and she is a member of the National League of American Pen Women, Cape Cod Branch. Jane continues to seek adventure and finds time to travel to different parts of the world as well as to her cabin in Vermont. She lives in Falmouth, Massachusetts with her husband.