The Aspirant
by Roger Beaudoin 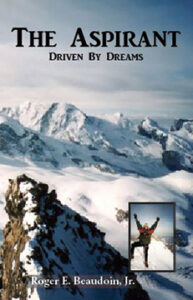 At age 15 Roger Beaudoin’s fascination with the Matterhorn was seeded. On a family trip to Disneyland, he stood in awe before a 300 foot high replica of the Alps’ most famous mountain peak. Later in 1988, as graduate student on holiday, he saw the real Matterhorn for the first time on a train to Zermatt, seated among a throng of mountain climbers. If they can do it, he thought, he could too, and he determined he would summit it someday.
His dream became a 10 year obsession that led a naive young hiker back to Europe. He was ill prepared, even ill dressed for his first long hike along a dangerous trail that led from Zermatt. Hours later, only good luck spared him from his lack of experience, and he soon understood the depth of preparation needed to develop safe climbing skills. His growing respect for the task led to the ever-increasing knowledge needed to undertake the climb. After all, since Edward Whymper’s first Matterhorn ascent, the climb led too many others to their death.
“I was set on attempting to summit the Matterhorn,” Beaudoin said. “but I was intimidated, fearful, and put obstacles in my own path. I learned that with basic fitness, instruction and an expert guide, I could challenge even a world-class peak. From the Tetons of Wyoming to the Alps of Europe, there are endless challenges and beauty to be discovered in the mountains. My hope is that The Aspirant will inspire other hikers and outdoor enthusiasts to climb.” For those who hope to, The Aspirant is filled with technical tips, terms and explanations, practical advice, travel suggestions, and hard-won, inside knowledge.
While The Aspirant is about a mountain and a climb, Beaudoin’s journey is a metaphor for his readers. It is the story of single-minded determination to summit the Matterhorn which the author did, twice. It is about staying with a goal. “Everyone has their own ‘Matterhorn’ in life,” says Beaudoin, “whether yours is a mountain or an ambition. Pursue it as long as it takes, no matter how difficult. Taking on the unknown teaches you about yourself, and your life is fuller for it.” 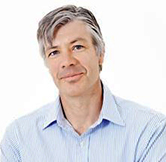 Roger Beaudoin, entrepreneur and adventurer, was born in Holyoke, Massachusetts and discovered the woods at an early age. In graduate school at Babson College in Massachusetts he became interested in hiking and while living in Italy for the summer, discovered the iconic Matterhorn in Zermatt, Switzerland. This fueled his ambition to climb the famous peak and his lifelong obsession with the mountain.
Roger continues to rock and ice climb today and may return to Zermatt one day to once again ascend the Matterhorn hopefully with his daughters. There are, as well, a few other peaks that remain on his bucket list.

Running a Restaurant by the numbers to

New and seasoned restaurateurs alike discover game-changing tips to run a tighter ship and identify the critical numbers driving your bottom line. No more flying by the seat of your pants. Where are your real weak spots? Know what’s actually happening in the areas that count most.
Learn how to stay on top of key operations, limit employee theft, control inventory, cost your menu, identify and market your most profitable items, increase your food and liquor buying power, limit overtime expenses and so much more.
Read about this highly successful restaurateur’s entertaining mistakes and his triumphs during over 20 years in the business.
Download and use the exact spreadsheets Roger Beaudoin uses today, concepts that produced over $1 million dollars in sales in just 4 months at his nationally known restaurant. Beaudoin’s proven system provides the power you need to drive higher profits. Is your restaurant making as much money as it could? It can now.