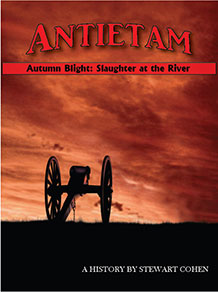 Slaughter at the River

On September 17, 1862 the most horrific battle ever fought on American soil occurred. It was
fought in three parts, in a cornfield, on an old country road and at a bridge that crossed the river, each contributing to the slaughter of American lives, North and South, in unprecedented number.

Antietam is truly the bloodiest day in American history. This story focuses on one of the participants at Antietam, a black spy by the name of John Scobell, who contributed to the Federal effort and the adventures surrounding his participation in the events of that pivotal time.

Scobell’s story was one of the many untold chapters of the Civil War, remaining largely hidden for decades. In this book, what is known of his life is depicted, supplemented by created tales that depict how it might have been conducted in his role as spy. It is the first of five books that place John Scobell at Antietam, Fredericksburg, Gettysburg and Petersburg during this turbulent era in American history. 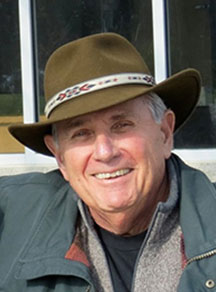 Stewart Choen, Ph.D, taught for 36 years, in the Department of Human Development and Family Studies at the University of Rhode Island.

During his teaching career, he developed a special interest in the American Civil War, especially the men and women who lived during that turbulent era in our nation’s history. Cohen’s research and travels to American battle grounds helped him understand the crucial contributions of black people who had contributed to the war effort. Cohen found that often the involvement of black Americans in the Civil Was had only been footnoted by historians, many barely acknowledged, who had contributed to the war effort.

The stories in this book capture the contributions of those Black Americans as they lived, how their varied roles lead to greater freedom for all people, and the special facets and accomplishments that were characterized by the spirit of their lives. 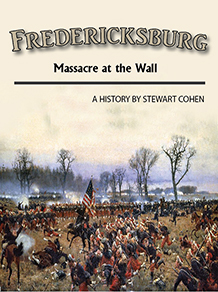 Massacre at the Wall

In December of 1862 two great armies, the Army of the Potomac and the Army of Northern Virginia, met on an improbably battlefield located in Fredericksburg Virginia half way between Washington, D.C. and Richmond, Virginia. The Army of the Potomac, with a huge force of soldiers, hoped to thwart the ambitions of the most successful Southern general in the field, Robert E. Lee. However, Major General Ambrose E. Burnside was not up to the task and his Army suffered a severe defeat.

Other players, from both sides, including the black union spy John Scobell, an agent of Major General Winfield Scott Hancock, were on the scene, as well. This book depicts the adventures of John and his associates as they live out the drama and horror of the war at this critical time. 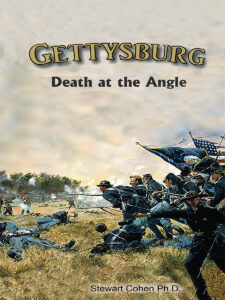 Gettysburg
Death at the Angel

On July 1, 2, 3 1863 two great armies the Army of the Potomac and the Army of Northern Virginia, met on a battlefield located in the farming community of Gettysburg, Pa. They met to continue a war that had been raging since April of 1861. It was now halfway into a horrific spectacle that eventually claimed 750,000 men. The Army of the Potomac, with its newly appointed field commander Major General George Gordon, assembled a huge force of soldiers, and hoped to thwart the ambitions of the most successful Southern general, Robert E. Lee.

Cohen’s books takes the reader along for the series of battles over the course of three days in which 52,000 men were lost, a staggering total. Despite those losses, Major General Meade was able to defeat General Lee’s most ambitious final offense against the North.

Cohen’s book depicts the adventures of Scobell and his colleagues as they live out the drama and horror of the war at this critical time in America’s history.